Here we detail the titles that made it on to the big or small screen. Radio too. 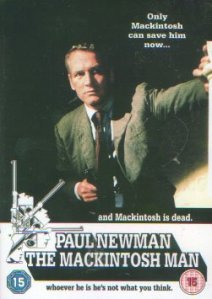 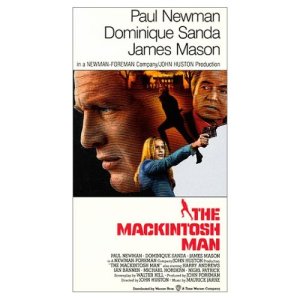 This film, based on The Freedom Trap, as with many, dramatically shortens the original story. Never the less it does a creditable job. It was only available in the USA in NTSC format but after the passing of Paul Newman a DVD version was released as part of a retrospective boxed-set of his films. 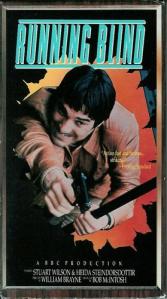 Although this was originally a TV series produced by BBC Scotland in the late 70’s it has not been available to buy in the UK. For many years it was however available from the USA, in VHS NTSC format only, for around $50. Recently it seems to have dropped from the lists and is getting harder to obtain. 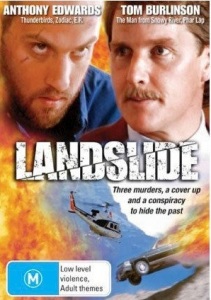 As far as I know this film has never been shown in the UK. It was available on VHS in Canada where it was filmed and in the USA too, which might suggest it had been on TV there. Recently it has been released on DVD in Australia, a Region 4 disk. The budget was certainly tight but even so it is enjoyable. 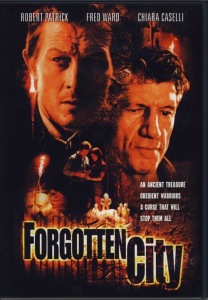 This story is based on The Vivero Letter. Again not shown yet in the UK this title is available on multi-region DVD from the USA, in NTSC format. The story as originally written does not appear here, but it seems obvious that even given the limitations of a small budget, the homage paid to the original author is genuine. Hard-hitting and uncompromising this version may be – but then so was our favourite writer! Another good attempt at doing the impossible. Promark, who made this film, are also the ones making The Enemy. 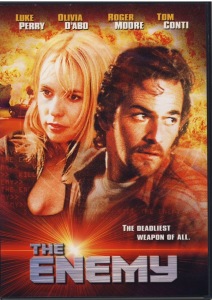 Not shown yet in the UK, at least on terrestrial TV, this title is available on DVD from the USA, in NTSC format. The story departs significantly from the original, as we’ve come to expect, but again it’s obvious that even given the budgetary limitations, the same homage is being made. I won’t give too much away, in case you’ve not yet read the book (shame on you!) but at least the vital clue to the mystery is still the same, and spotted early on. Again I grew to like this attempt as I watched. D’Abo is quite engaging once she’s settled to the part and Perry is better than I expected. Good old Roger and Tom probably had the most fun of any of the cast. Luxembourg clearly had the most money to spend on special effects, and personally I liked the music.

A colleague of the author while living in South Africa got in touch recently to ask if I knew anything of his radio appearances there in the 1950’s. The correspondent wasn’t one-hundred percent sure it had actually been Bagley he was remembering and wanted me to check.

A bit of research concluded that while it was reasonable to assume he just might have appeared on-air giving film and music reviews while living there, after checking with family and friends it seems unlikely because of his pronounced and self-conscious stammer. While writing and not under stress he was able to manage it, but those I’ve spoken to feel it may have been too much otherwise. In later years, back in the UK, he became more relaxed and better able to cope.

Desmond Bagley’s work however did appear on radio. The BBC Genome project, which aims to catalogue all of the BBCs programming, lists stories and episodes and when they were broadcast. This is a constantly evolving database project open to anyone who has relevant information to share. As more concrete information becomes available I’ll add it to these pages. Philip Eastwood has dug out details of The Bahama Crisis broadcast as a ten-part serial back in 1981.